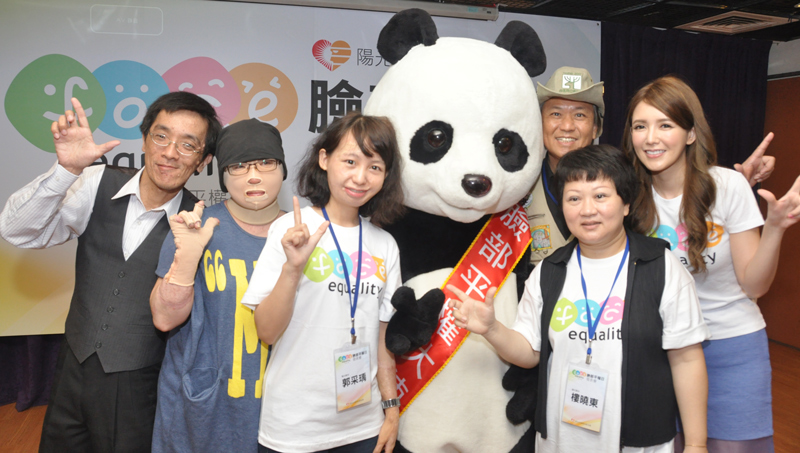 Sunshine Foundation will celebrate on May 17, 2014 the first Face Equality Day, during which we hope to raise awareness about the importance of respecting diversity in society, notably diversity of appearance.

Indeed, whether we like it or not, appearance plays an important role in our daily interactions. A survey carried out by Sunshine Foundation with the general public found that one in five people had received unfriendly treatment due to their appearance, such as being laughed at or addressed with derogatory terms. But ironically, although 90% of respondents said one should not judge others based on looks, in reality, about 80% of respondents believed that a person’s appearance is in fact very important.

This contradiction is felt sharply by clients of Sunshine who must learn to deal with the mix of reactions that their different appearance elicits with the general public. Every client has experienced at one time or another a situation where they were treated unfairly simply because of their looks. Kuo Tsai-Yu who is now a university student was severely burned as a child. She remembers the reaction of her schoolmates after her injury: “When I got out of the hospital and went back to school, some students called me a ‘devil.’ I was very hurt by the experience.” Even today, she experiences stares or receives cold shoulders from people who judge her by her looks and fail to see her abilities.

Tsai-Yu doesn’t ask for any special treatment: “Please do not overlook our abilities and simply judge us based on our appearance. Also do not treat us like we are underprivileged. We had to overcome many difficulties and we are not weak, in fact we are strong inside. Just treat like ordinary people, with respect.”

Sunshine Foundation believes that no matter how a person looks, he or she should be appreciated based on his or her talents and abilities, as well as receive the same respect and equal treatment as others.

The campaign for Face Equality was launched in the UK by the British charity Changing Faces and Sunshine Foundation has been promoting Face Equality in Taiwan through social education and advocacy. By making May 17 “Face Equality Day,” we hope to bring greater public awareness to this issue. We all have a responsibility in making our society more accepting of diversity, because although people with facial disfigurement feel appearance-based discrimination more strongly and directly, we are in fact all affected by judgments based on appearance.

Face Equality Day is organized in partnership with the Bureau of Education of Taipei City and activities for the whole family will be held on May 17 at the Taipei Zoo.